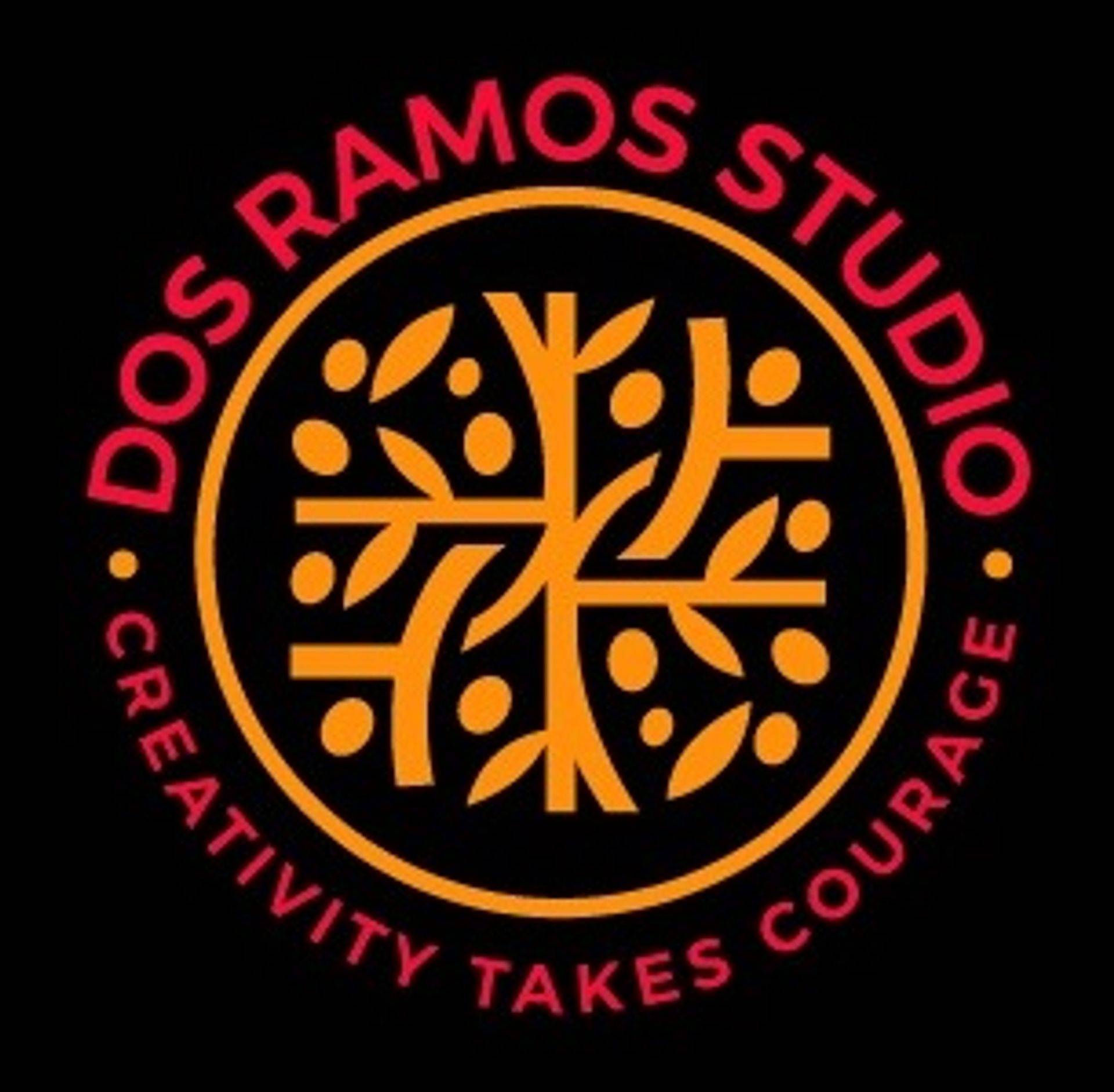 Who: Michael (Thomas) dos Ramos
What:  Artist, Writer, Humanist, Mental Health Awareness Advocate
When: Creating Art Full-Time since May 2020
Where: Current City- Rochester, NY; Birthplace: New Orleans, LA
Why: To inspire others to be creative, to show dichotomy in art and in life- the Gray

Michael was born in New Orleans, Louisiana. He lived on the eastern side of the city until May 2000 when his family moved to a small outskirt town named Chalmette (shall-MET).
Often the most creative children are labeled the strangest; he didn't have or make friends easily. Admittedly, he was also sheltered by an extremely religious, church-going, WWJD-centered family.
He attended a private Christian school for both his elementary and middle school years. The school was owned and run by his church that he attended every Sunday morning and Wednesday night.
He was often bullied and felt he never really fit in very well with the "private school" or the "Christian" type of kids. He spent most of his time sketching and writing short stories to escape his loneliness.

Mental illness runs deep in Michael's family, especially on his father's side (paranoia, schizophrenia, and bipolar disorders). The disease is a shadow that followed him throughout his entire life.

His father struggled hard with his inner demons. This mixed with religion created a nightmarish cult-like atmosphere- extremely abusive at times.

"I rebelled hard during my teenage years- mostly against organized religion but my love for Art and Creative Writing (although present in my earlier years) really manifested out of this rebellion."

He completed his first art and poetry journal in 2004 titled “!Aviso! La Biblia Negra!”- an account of an angsty, anti-establishment, anti-religious, 16 year old- rebelling through self discovery and by embracing his darker side rather than being repentant.

"By writing this journal, I was able to express myself creatively; and was able to let years of built-up anger, anxiety, and depression manifest itself on paper instead of deep inside me."

In August of 2005, Michael was attending and taking Art and Writing Classes at Elaine P. Nunez College when Hurricane Katrina destroyed his town, home, and all of my artwork to that date. It was a devastating blow. But the worst and most significant life-changing factor was that his father passed away because of this storm.

"My father and I didn't always see eye to eye and we didn't have the greatest relationship prior to this point but his senseless death left me scarred... There is a constant tug between becoming and not becoming my father- a battle to embrace the good while recognizing, correcting or simply rejecting his faults. When he passed away, I was given responsibility to discover alone."

After the storm, he relocated to Oshkosh, Wisconsin for a few years where he felt he had lost his creativity in the process. Alcohol and the use of pain killers became a routine part of his life.

He did a lot of writing during this time but not too much art- completing his second poetry journal "The Gray" during this time- highlighting his battles with depression and addiction as well as the overwhelming feeling of being isolated and lost- having to find his way through his early adult years.

In 2008, Michael gave up heavy drinking and the use of pain killers. He moved around a bit from Florida to Mississippi to his current state of New York.

"I've sort of become a pilgrim person-roaming about. I joke and say I am still searching for a place to call home. I've had a lot of joyous moments in my life but no matter where I may roam now or in the future, home is really where your family is safe. My heart, however, will always belong to New Orleans. I miss the smell of Gardenia flowers and King Cake cinnamon, the colorful sights of Mardi Gras, and the taste of creole dinners. Who knows? One day I just may return."

Education was (is) Important

Throughout all the moving and rebuilding, picking up the shattered pieces of his life, one thing was important to Michael- education. No matter what city he moved to or what dead-end job he took to pay bills; getting his degree was important as he would be the first person in his entire family to receive one.

"Even though my creativity and artwork was put on hold, I still wanted to have a career in a field that involved art, to some extent or another, so I decided to go into drafting and design."

Early Career as a Draftsman

In 2013, he received his degree from Pearl River College and started his career drafting blueprints for multiple steel and rebar companies.
"I worked independently preparing 'shop/placing' drawings for approval and for construction and 'erection' drawings for the field. My job was to ensure that all supplied material was detailed in par with the specifications of the project and CRSI standards.
Other duties included ordering materials from vendors, scheduling deliveries and writing up documents such as Work Orders, Material Lists, Transmittals, Change Orders.. etc. to ensure not only customer satisfaction but company profits."

But Michael soon found that his line of work was boring and unrewarding. For six years, he sat at a computer desk by himself doing the same mundane tasks over and over again. There was no creativity. There was no designing- just detailing someone else's design and expressing someone else's thoughts.
"It became a real thankless job. The only time I ever really talked to anyone was when something in the field didn't quite fit right and I had to play detective to figure out if the mishap was a drafting, shop, or field error. This is when my depression, anxiety, suicidal thoughts, and mental illness began to take over my mind and become obviously present."

In 2019, Michael ended his career as a draftsman and iron worker. He sought out a personal therapist and started treatment for my now diagnosed Bipolar II Disorder (which today is well managed).
Michael became a driving partner for Uber as a source of income. and began meeting people from all over the world; started talking to people again- making connections.
"There's something therapeutic about driving people around, seeing the city, meeting people from all walks of life. With the help of my actual therapy sessions, the medication I was taking, and with my newfound freedom; I discovered that life isn't about making lots of money or having the big fancy job to brag about. Life is about doing what makes you happy.
In all, I'm sort of rebelling again but in a more positive way. With my mind seemingly clear for the first time in years, I picked up a paintbrush and started painting."
Michael's first painting after being void of creativity for so long was "Polka-dot Teddy" ~Acrylics on an 11X14 canvas.

An idea is born

The dos Ramos Studio officially opened shortly after in May of 2020 when friends and family were impressed by pieces completed and suggested he sell them online.
"So here I am and here you are, finding my little cubbyhole in the art world. Here's to each piece finding its place in the home of a person who truly loves and appreciates it. Here's also to inspiring others to be creative during challenging times- to do what makes them happy. Because as the great Henri Matisse once said..
“Creativity takes courage”
"My art style or at least my goal is to be mostly photo-realistic. I love painting landscapes the most but do portraits and abstracts as well. I prefer to work with acrylics on canvas but I also work with charcoal and pastels. I also do sketches, watercolor and some woodwork too."

Every work or piece Michael completes does have a darker element within it.  Because of this, he makes sure every item has either a story behind it, an artist concept, or a detailed description of the thought process directly on the item's main page.
"I truly believe that its NOT our successes that make us unique or great but indeed our failures, tragedies, shortcomings... What we learn from or about our weaknesses, we can shape into our most powerful and positive qualities and traits. Everything I paint or write has a ying and a yang- sometimes it's obvious, sometimes it's hidden, but it's always present."

The Road to Damascus

Michael is currently working on a series of acrylic paintings called "The Road to Damascus" that merge Biblical stories, scientific theory, and Social Justice and Reform.
"The idea is that religion, science and political reform does not have to be exclusive to one another. I use my art to speak up for the marginalized in our society, and to advocate for taking care of the Earth we were given. I hope this series will show just that."

"I encourage my family, friends, collectors, fans, you as a reader.. to follow your heart unapologetically- be that where it leads you. Do what makes you happy. Look between the white and black and find the hidden colors that make up your gray. I invite you to take this journey with me.."
[If you or someone you know has a mental health problem, there are ways to get help.
Studies show that most people with mental health problems get better and many recover completely.]
For more information please visit www.mentalhealth.gov